Note: macOS Mojave 10.14 and above users see note at end of article.

Lately, while working on web projects, I’ve needed to get my h264 files down to the smallest possible. While the h264 encoding that Apple has built into FCPX is accelerated on most Macs, the x264 encoder (notice the “x”) that part of Handbrake typically gives me up to 10 times size savings with minimal visual change. Amazing, I know. While you may think that all h264 encoding is the same, x264 is a big deal. As far as I understand it, h264 is actually a standard for decompression, not compression. The secrete sauce of x264 its in incredibly efficient compression. The flavor of h264 compression that from Apple is excellent, and it is built into intel chips for super speedy compression.  x264 on the other hand is CPU dependent so will use up your cores, but over the years of refinement it has become super fast, efficient and makes small file sizes tiny. So if you are delivering for a website background video for example, where size is everything, it imuch better to go with x264 than h264. For my everyday work and prefect compatibility, h264 is super fast and looks great.

While there is x264 Quicktime component that you can use in Compressor, it hasn’t been updated for over a decade, and it doesn’t give as nice of results for anything beyond 720p and is now where near as efficient as the most recent releases of x264.

A better workflow for FCPX and x264

Using Handbrake can be a bit clunky with FCPX as far as finding exported files, adding them to Handbrake and exporting. To make things go a bit smoother with FCPX, I created a little Automator App that will add any single movie file dragged on it to the HandBrake queue and start the queue. Setup in FCPX is simple, add it as a destination for the “open with” option in settings and then when you share timelines in FCPX, they will be added to the handbrake queue and encoded.

FYI. If you’re encodes go really quick, you’re going to see some warnings pop-up in Handbrake. If it really is an issue, contact me and I”ll make a try to make a version that takes that into account.

How to use it: 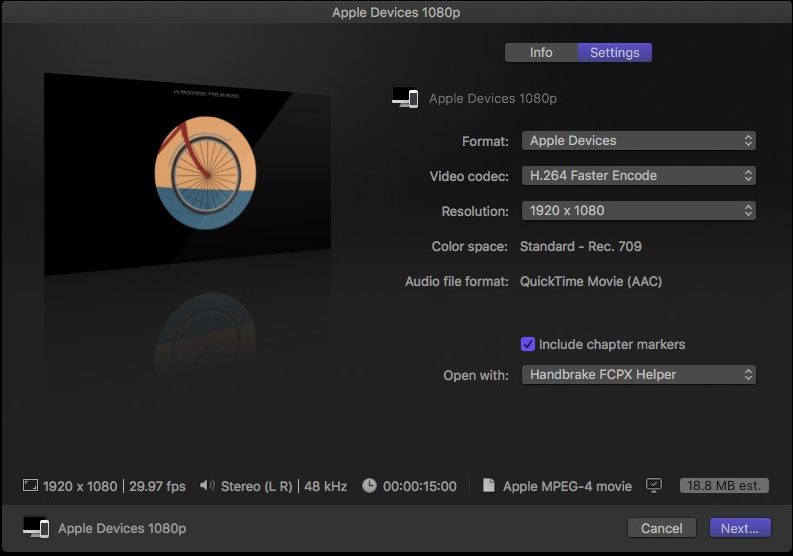 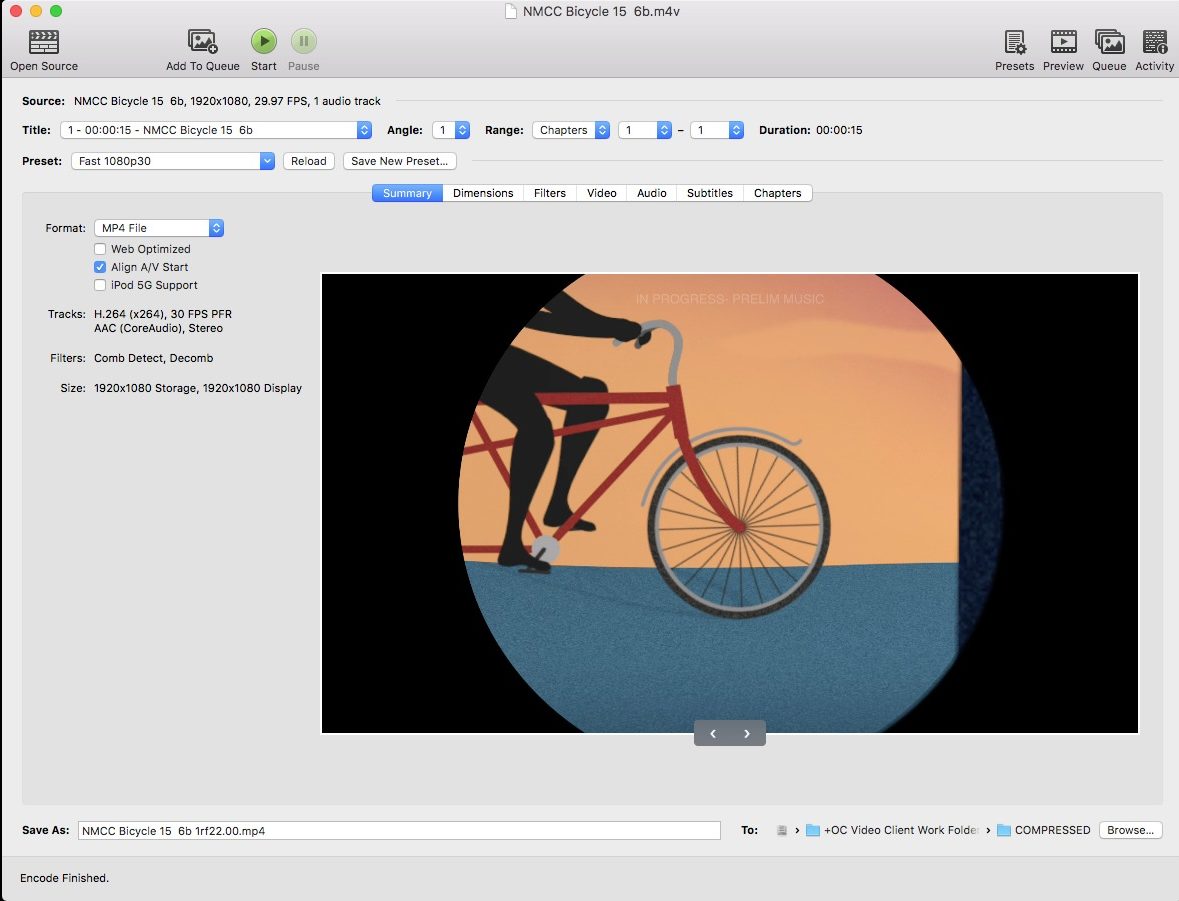 In Handbrake: I’ve set a folder destination called “Compressed” where all my handbrakes are dumped too. Note that the default present will be used, so use “Make Default Preset” to whatever you like. 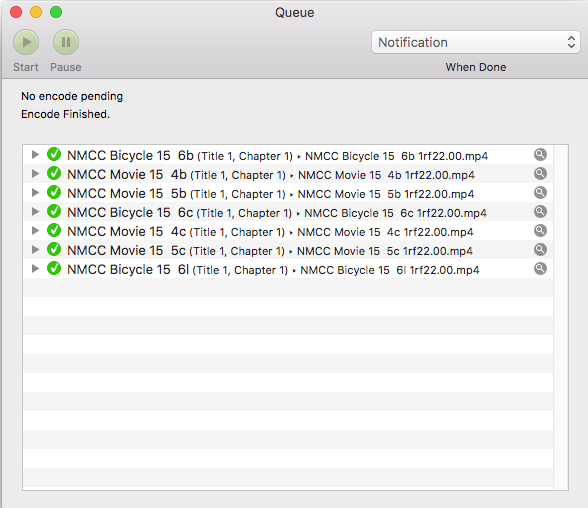 Handbrake Queue. I had a bunch of spots to export and it compressed them as they were exported in FCPX.

If you’re using HandBrake FCPX Helper in macOS Mojave, you may have noticed an alert:

If you encounter this, just head over to System Preferences > Security & Privacy and then on the privacy tab enable Handbrake FCPX Helper. 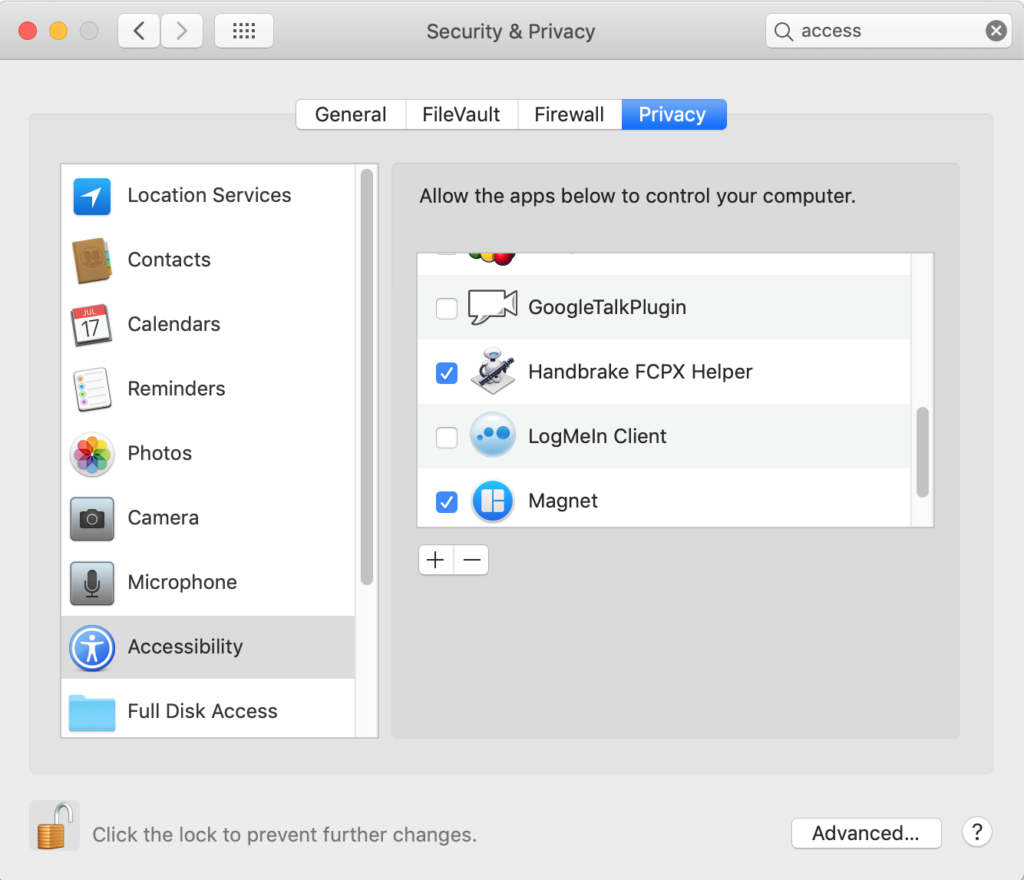